Carrying my phone on the bike is usually, well, a stinking hassle. Especially with the popularity of extra-grande-sized models that barely fit (or sometimes stick out of) a jersey pocket. But I’ve since found a solution. I’m currently sticking it to gravity with Rokform’s iPhone cases and bike stem mount that use a triple-reinforced system to hold my phone rock solid to my bike while I ride.

Enter to WIN a Rokform phone case of your choice! Compete in the VIC Club Points Competition.

I, and my fellow editors, tested both the Fuzion Pro and Rugged in tandem with the Pro Series Bike Stem Mount, putting the combos through their paces on both paved road rides and unpaved cyclocross adventures. Overall, the Rokform system held superbly in all types of terrain. 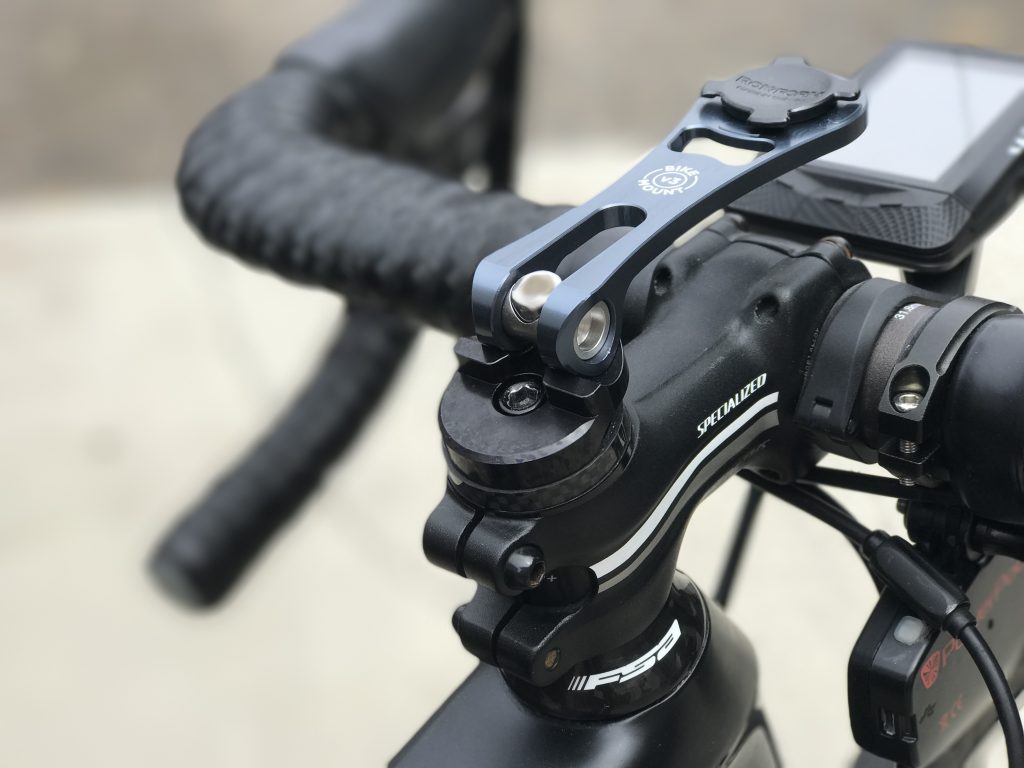 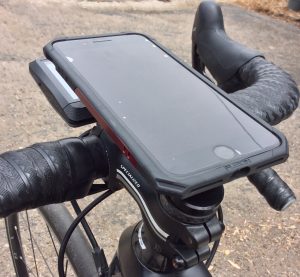 Upsides: Key to its overall design is the triple backup protection that keeps your phone on your bike–even when you’ve been tossed off, your phone stays put. First, you’ve got the mount that clicks in place with a quarter turn. Second, a super strong magnet keeps it from turning. Third, a loop strap acts as a final layer of safety. Now, I’m not much for math, but all that definitely adds up to some trail and crash ready technology.

Downsides: Some may notice the bulk of the Fuzion Pro, and it definitely adds a chunky feel to my iPhone 7+. Heft is also a factor, so the purest of weight weenies will likely gasp here, but the extra grams work toward keeping your phone in tact, so there’s that. The Rugged is less bulky and lighter, but not by much. Really, if you’re out to protect your phone and add functionality, these case designs add the necessary amount of beefiness to keep it safer. 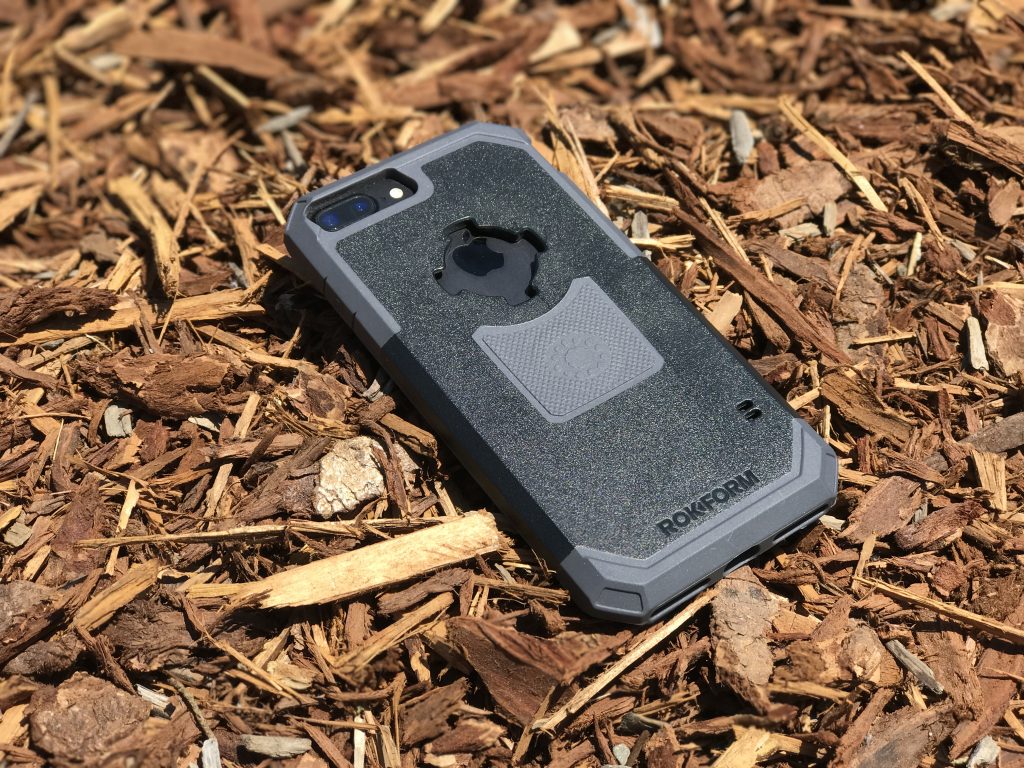 What sets the Rokform Fuzion Pro apart from other case/mount combos is its interchangeable inserts. You can have all three of those layers of protection installed (mount, magnet, strap), or you can remove any or all of them. Two inserts come with the Fuzion Pro, both of which have space for an optional magnet. One of these inserts includes the mount cutout while the other is flat.

The Rugged case, on the other hand, has only a removable magnet. You won’t be able to pop in a filler for the mount cutout, but if you’re planning to use it as a stem-mounted case, you probably won’t really care too much about these options. In fact, I didn’t find that I wanted to really change the inserts in the Fuzion Pro either. But it is nice to have the option of removing the magnet if it starts to stick to things you don’t intend.

I had the opportunity to drop the encased phone on several occasions. Actually, it’s a chronic happening with me. Each time, even at drops from full standing height, both the phone and the case remained unscathed. In fact, I accidentally left my phone on the front of my car and drove off (don’t judge me). It took a ride for several blocks and landed on the roadside at about 35mph.

That’s where Rokform really started to impress me. Not only is the magnetic feature extremely handy–nothing like being able to slap the phone up onto any metal furniture or the fridge–it also comes with separate discs that allow you to place magnets in pretty much any convenient area. Your phone is now visible where you need it. 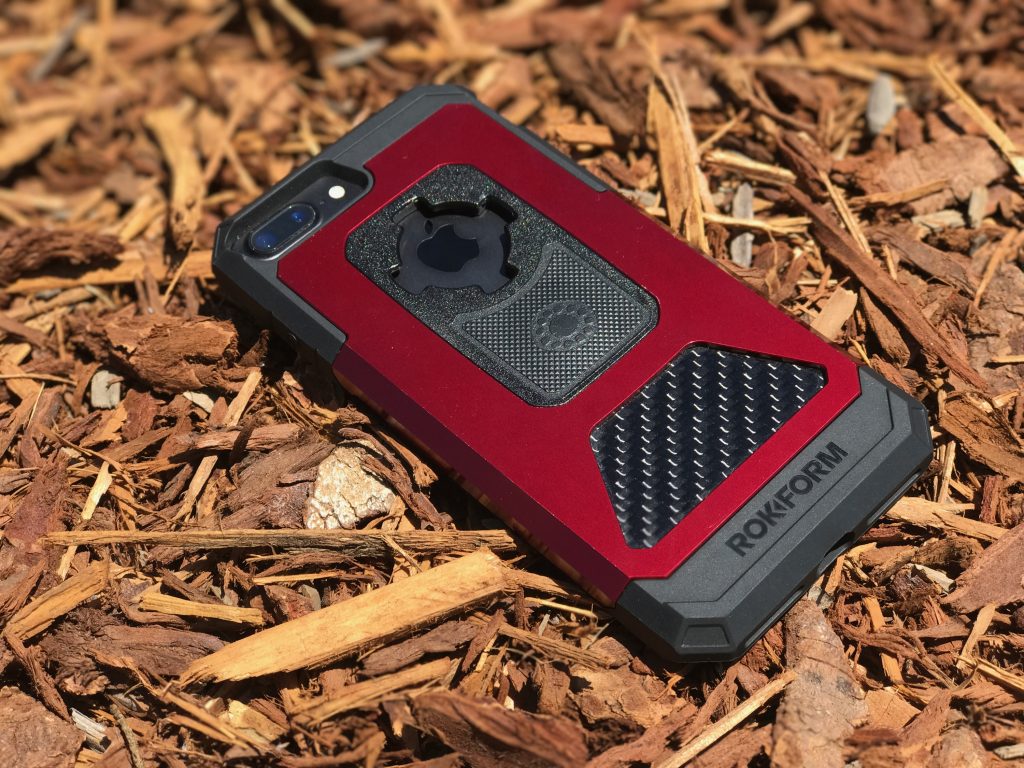 Out of the two cases, the Fuzion Pro, despite its beefier size, was my favorite. Cool colors, a reliable feel, and carbon insert detail make for an envy-worthy case. But at over $100, it may not be the choice for everyone. If you’re looking for a more budget-friendly version, the Rugged is a great choice for less than half the price.

Check out Rokform’s website to order your own. Or check out our VIC Club Points Competition to win the Rokform phone case of your choice.