Eurobike is officially here and with Eurobike comes plenty of new tech. First up today we’ve got the latest from Wahoo Fitness: the KICKR.

If you’re decking out a new indoor pain cave for the upcoming winter season (ok, honestly, winters here drop to a balmy 68 degrees. It’s awful.), or maybe you’re just tired of listening to the buzz of tire on flywheel while sitting at an uncomfortable angle, then prepare to be motivated by the KICKR’s latest update. 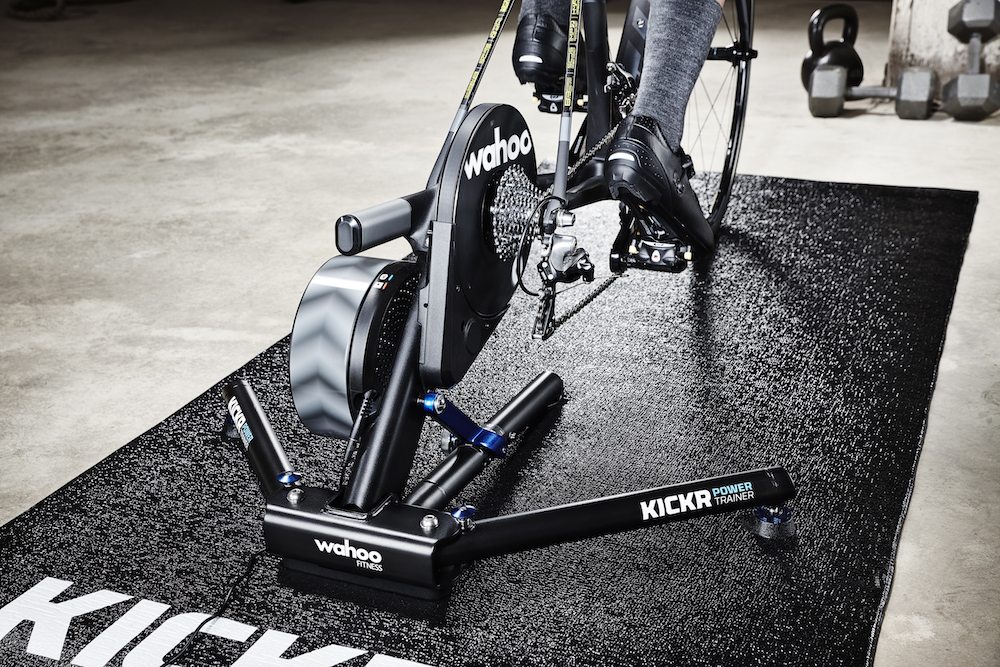 According to the folks at Wahoo, the KICKR is projected to be the quietest direct drive flywheel trainer on the market, and the new KICKR is 14% quieter than the previous KICKRs. The new model comes in at 61 decibels–equal to a conversation in a restaurant or background music, to give you a marker. The new KICKR has both lower overall noise levels as well as reduced noise frequencies making for a much quieter indoor riding experience.

Coupled with the quietude, Wahoo has updated the road-like feel to better match with platforms like Swift and TrainerRoad. With simulated gradients as high as 20 percent, the KICKR can produce up to 2000 watts of resistance. I know what you’re thinking, “I put out at least 2500 watts per ride.” Well, Mark Cavendish’s max is 1580, and he’s a pretty decent rider.

Continuing to utilize the high-inertia flywheel that allowed the original KICKR to set the standard for realistic ride feel, the new KICKR employs updated physics models and new algorithms that, according to KICKR, create a highly responsive indoor training experience that seamlessly translates grade and elevation data into realistic resistance. The KICKR is now also capable of realistically simulating gradients as high as 20 percent, while producing a leg-shattering 2000 watts of resistance. Plus, the KICKR measures force at the brake and combines that data with other variables such as speed and temperature to create a much more accurate power model at + or – 2%.

What does all that mean? You pick a ride, and the trainer does all the work. Power included. 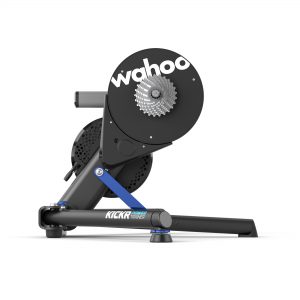 But with all this connectivity comes the hassle of pairing, which Wahoo has addressed in this new version by adding status LEDs. Also making its way onto the feature list is ANT FE-C+ compatibility, allowing third party devices to control the KICKR.

Still accommodating wheel sizes from 24 to 29 inches without the need for a wheel block, the KICKR utilizes carbon steel construction, which should hold up to years and years of indoor miles.

Officially available for purchase today, the KICKR comes with an MSRP $1,199, which includes both a cassette and Wahoo’s RPM Cadence sensor.