Andry Amador is kind of a big deal. He wore pink in the Giro; he rides a pretty fancy Canyon; he goes fast. He also lives in Costa Rica where the Spanish speaking is fast and furious.

Hence, the release of a new video showing Amador whiz by a cop on the freeway (no speeding involved) and getting pulled over for being on the freeway. Some shoving ensues, and Amador’s bike ends up top-side-down. Check out the video below:

OK, so you watched it. Now what were they saying? Here’s the basic transcript:

All right, actually, none of us speak Spanish. Dang.

But the basics of the video follow that Amador was illegally riding the freeways, and he got busted for it. The officer uses his motorcycle to bring Amador’s bike to a quick stop, and Amador himself to an even quicker stop. Amador argues with him for a while, and plays the whole, “Don’t you know who I am?” card. And, “My bike is worth more than yours.”

That’s about all we can catch, but we’re sure one of our awesome readers can translate for us–and we’ll post that ASAP.

In the meantime, we’re keying in on what Amador has affixed to his bike while training. Foregoing the saddlebag (as most pros do), he’s got the cut off bottle with flat-fixing gear, pump, etc., plus an extra tire taped to the seat tube. All of this is so well placed and rubber banded that it doesn’t fall out when the officer quickly flips the bike over.

Just when we’re getting worried for Amador’s bike, Batman appears to lay down some vigilante justice: 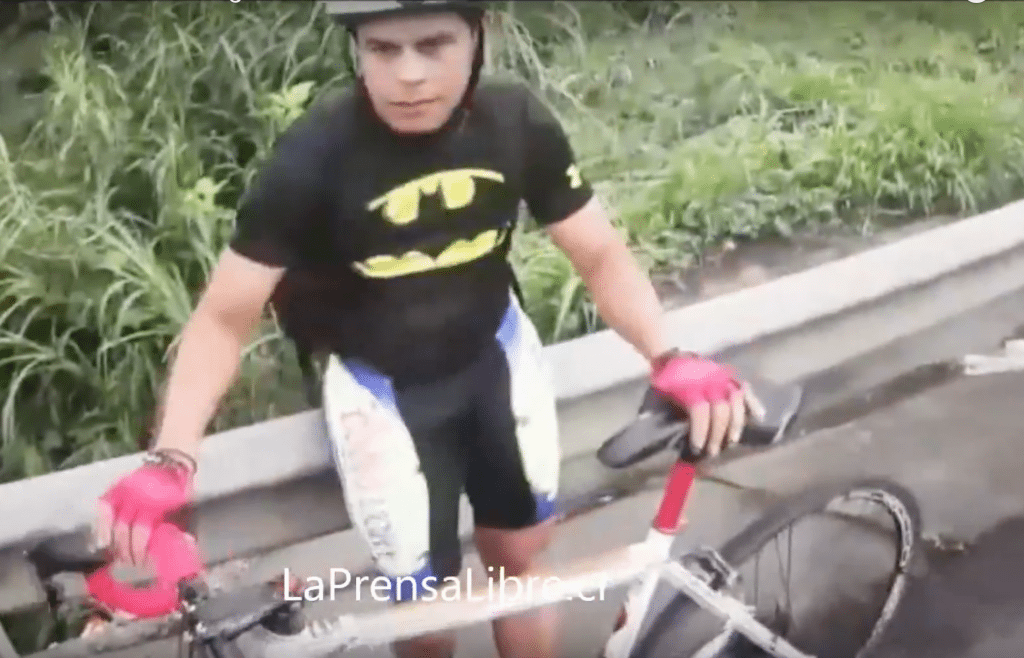 And gets his bike impounded too. 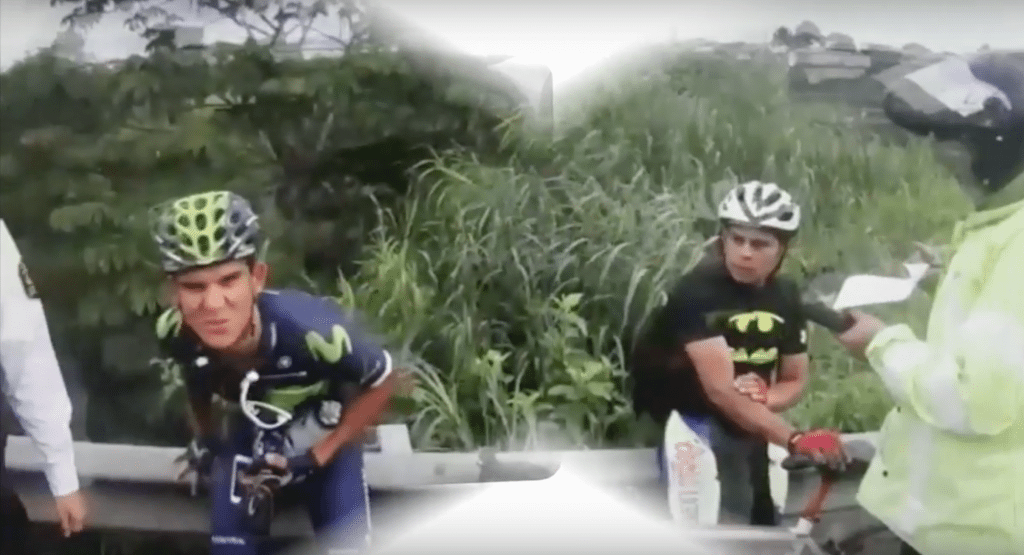 Costa Rica sounds like the place to be. What do you think? Comment or send us a message!