As a young, competitive athlete, I’ve always been a bit dismissive when it came to activity trackers. They were great for people trying to lose weight, I thought. Or who were trying to become more active, specifically by walking or running. They never tracked other things well – like rowing, weight lifting, or cycling, all things that I did or do for exercise. And surely they were never meant for competitive athletes. I mean, what competitive cyclist cares how many steps they’ve taken today?? We partake in a sit-down sport for a reason!

But when I found out about the STYR Labs system, I was immediately intrigued. Because it’s more than just a step counter: it’s an activity tracker that tells you more than just your steps, a body weight scale that analyzes your body composition, and – you’ll never guess this one – a method for customizing vitamin and protein supplements unique to your activity habits, environment, and behavioral patterns? What?? 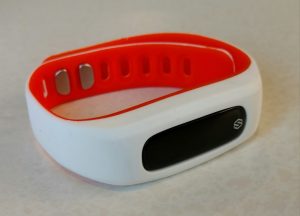 Upsides: The Wireless Scale may be my favorite part of the whole system. It tracks so many useful body metrics, especially for cyclists, where having the right or wrong kind of weight can play a big part in overall speed. I especially liked the ability to know by body fat percentage, muscle mass percentage, and body water percentage.  Another huge upside is that you don’t have to use the STYR activity tracker. The app will sync with Fitbit and Jawbone, as well as fitness apps like Strava (!!) or MapMyRun, and still be able to customize vitamin and protein supplements for you.

Additionally, the aesthetics to this system are beautiful. I recognize that the white and orange color scheme isn’t for everyone, but if you’re looking for something unique and striking, STYR is the system for you. And every part of the system looks cohesive, from the activity tracker to the scale to the vitamin and protein packets, following the color scheme and minimalist aesthetic. The app is also beautifully designed, and everything is intuitive to set up and use through it.

Downsides: The app isn’t as customizable as I would like it to be. The progress bars on the home screen are set to track steps, activity minutes, and calories burned – where, for instance, I would be more interested in fluid intake, calories burned, and active minutes. So I reached out through the messaging system to customer service to ask about it. Not only did I receive a response in less than 24 hours, apparently this feature is scheduled to be released with the next update!

Another downside is that the customized vitamin and protein supplements can get a bit pricey. In the case of the vitamin supplements, every month of supplements costs the same as the starter kit. I also really struggled with the taste of the vitamin supplements. Fortunately it’s easy to mix the vitamins into a small amount of water and throw it back like the college student I am, but I definitely recommend a chaser! I’m also a firm believer that nothing should taste like bananas except for bananas, so the sample Chocolate Banana protein mixture wasn’t a favorite. But, the Toasted Coconut protein mixture – very unique and not bad! 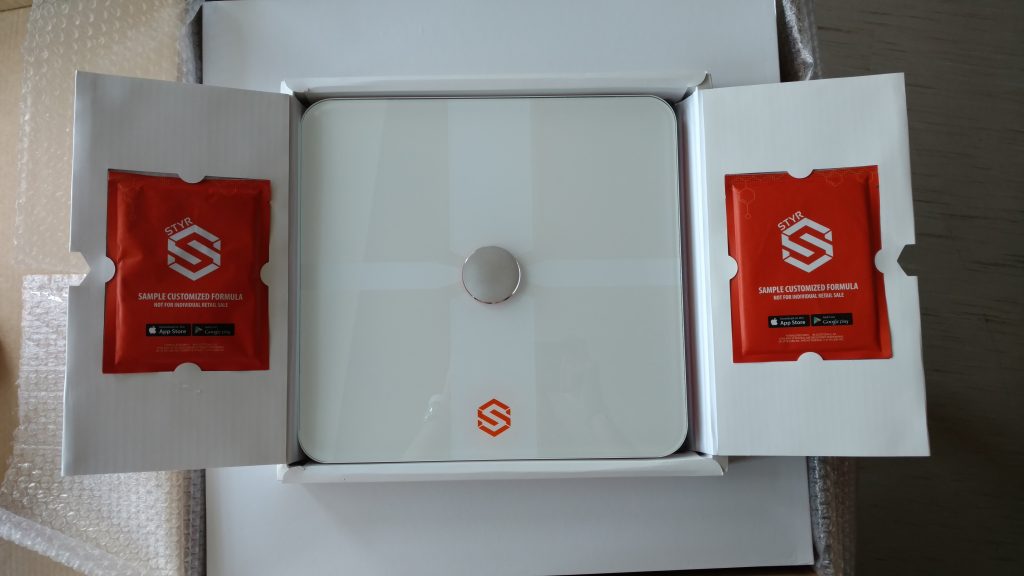 It quickly became clear to me that the focus of the STYR Labs system is not on the activity tracker or the scale – it’s the ability to customize multivitamin and protein blends based on your activity habits, environment, and behavioral patterns. The app takes you through a survey, asking questions about your dietary restrictions, dietary patterns, behavioral patterns, what your goals are, and more. It combines that with your activity data to determine what vitamins and other nutrients you need most. And, best yet, you can find explanations for every adjustment the algorithm makes. You can even make some adjustments yourself in the case of the protein supplements! The vitamins and protein I had the chance to try were not ones customized to me, but even still I noticed their positive effects on my energy and recovery. I would be curious to see how much better a customized blend would be!

Putting on the activity tracker does take some practice, but once it’s on, it stays very securely on your wrist. That being said, I actually lost the tracker for 24 hours, because it popped out of the wrist band when I took it off one night. I didn’t notice it was missing until I put the wrist band on the next morning. Fortunately I did find it in a drawer later that day, much to my relief. Additionally, the screen on the tracker can be difficult to see in daylight. But the two week battery life is by no means an exaggeration. I have been using it every day for the past week and a half, and have only drained half of its battery. 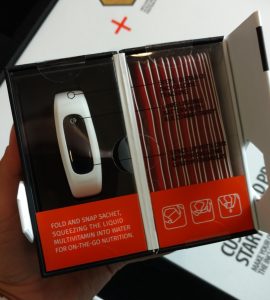 Another note on the activity tracker – I have not yet figured out a “good” way to integrate rides. I connected the STYR app to my Strava app, but it seems to struggle in converting some of the data. Calories burned and active minutes transfers beautifully as far as I can tell, but oddly, any cycling activity will add to step count as well. That also messes with the distance metric. I have found that it makes more sense for me to wear the tracker while I ride rather than leave it at home because of the difference in how it counts steps in either situation. For example, on two different days where I rode around 20 miles, for one I left the tracker at home and I totaled 48,000 steps after Strava synced with the STYR app, which is an absurd amount, and for the other I wore the tracker and topped out at 24,000 steps, which seems more reasonable of a conversion.

I did encounter a few technical issues with the app, as well. The first few days it worked flawlessly, but it seems as more data was collected, I had more issues with it. For instance, every other time I try to open the app recently, it won’t load. This is pretty easily fixed by closing the app down and re-opening it, fortunately. I also noticed that nearly every metric the app tracks has a prescribed goal, but few of those goals are customizable. For instance, step and body weight goals are easily customized within the app settings, but metrics I’m more interested in setting goals for, such as active minutes and caloric burn, don’t seem to be easily modifiable.

This product has the potential to seriously change the perception of what an activity tracker should do. Because it’s not about the activity tracker – the focus is on the multivitamin and protein supplement system. That being said, the activity tracker and wireless scale are great, low-cost alternatives to similar products on the market. So even if you’re simply in the market for either of those products, STYR Labs is definitely worth checking out. It’s worth noting that compared to other fitness tracking systems, STYR Labs is relatively new in the market. And based on the excellent customer service I experienced, my expectation is that the system will only get better over the coming months. Meanwhile, I’ll be using the Wireless Scale to check my body fat percentage and muscle mass percentage on the daily. Always on the lookout for those marginal gains!

About Ellie 6 Articles
Former varsity rower turned cyclist, Ellie is in her second and last year of collegiate racing before going on to explore new roads. She hopes there are nice views and cute dogs there. Currently, she primarily rides in the farmlands of Pennsylvania and along the beaches of California.