If there’s one thing we saw a lot of at Interbike, it was cheaper power meters. So, we decided to get all our info out there in one simple guide. While we haven’t used all of these (except for the Quarq Riken–that thing is amazing), we have seen plenty in action. All of the info here is based on our initial impressions and research.

Since plenty of people are new to the power meter game these days, affordability is the new key word. So that’s what’s driving this list: cheap power meters of 2015. Everything here is under the $1,000 marks–some significantly under. Look it through, and then make sure to let us know what you think! 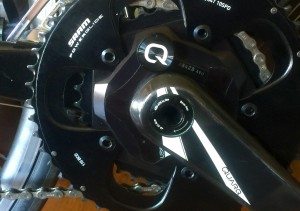 We did some extensive testing on the Quarq Riken R (in fact, we’re still putting it to the test for an upcoming series on whether or not power meters really make you faster), and we were seriously impressed. You can read my in-depth review of the Quarq Riken R here. Quarq is as accurate a unit as I’ve ever used, and the initial setup is worth the steady, high-level, and user-friendly consistency of the Riken. At a price point of $799, this is definitely worth consideration for cyclists who want a proven unit backed by strong customer support. (UPDATE: Quarq has refreshed the Riken line with the new DZero at a somewhat similar price point)

Price: $779 for the non-drive side arm (complete crankset also available) 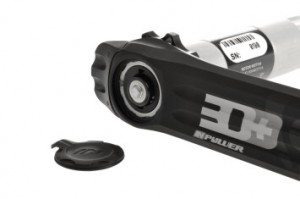 The InPower is compatible with Rotor’s free pedal stroke analysis software that shows you exactly where your spin is strongest and weakest to help you build a stronger and smoother stroke. The strain gauges are all axle-based with accelerometer that gives you torque effectiveness, pedal smoothness, cadence, and, of course, power. All of this runs on a single AA battery that slots into the axle via a cap on the crank and runs for approximately 300 hours. The cranks are crafted from either 7055 or 7075 aluminum alloy, and you can buy the full crankset or a non-drive side arm, which starts at a pretty competitive $779. With the ability to fine-tune your pedaling, the InPower is, in our opinion, even more competitive at this price point when compared to similar setups. 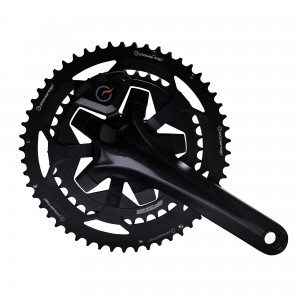 We got a preview of the C1 Chainrings in action at Interibike, and it was nothing short of dynamic (wow, poor attempt at a pun). With both right and left leg measurements and compatibility with most crank arms, the C1’s are hard to beat at this price point. Especially since you could conceivably swap them between bikes without too much time and effort. Also, these feature dual-band ANT+ and Bluetooth Smart capabilities to pair with all the head units. If PowerTap’s chainrings are anything as reliable and accurate as their hub-based power meters, these will be hard to beat.

Read Also >>  The Garmin Vivosmart Band Synchs Your Phone and Your Ride, Run, and Swim - Interbike 2014 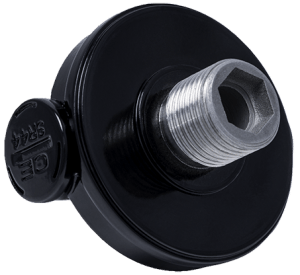 Launched on Indiegogo in May, the LIMITS Power Meter is a disc-like add-on to your left crank. It basically sits along your pedal spindle and offers left-side power (although future iterations are set to offer both left/right measurements). With both ANT+ and Bluetooth Smart compatibility, as well as internal cadence (just say no to magnets, folks), LIMITS is like that one kid in Little League who’s a foot taller than all the other kids. Easy home run.

While we haven’t tested the LIMITS yet, our one question with the system has to do with fit: will the added milimeters on your spindle feel odd? We’re not sure on that one, but we’ll keep you informed.

The install process is a pretty simple swap from one crank to another, and you still keep your own pedals. Multiple bikes, multiple pedals, and, according to the folks at LIMITS, accurate data even on the trainer, we think this one will be on a great many bikes in the future. 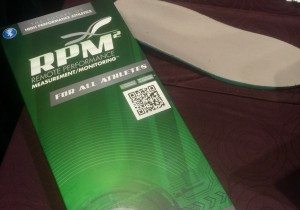 The RPM2 has right/left power as well as measurable output from each leg throughout the pedal stroke, so you know just how well you’re balanced at every point in the circle–measurements that also help you to determine your bilateral equivalency. Not only does it follow you from bike to bike, it can also go with you on a run (that means you, triathletes). Why? Because the RPM2 Power Meter is a trimmable insole.
We saw a live demo of the RPM2, and the amount of data put out in split-second time is slightly astounding. All of this data is shown to you via the connected app compatible with ANT+.

Of course, the big question with these insoles is how well do they hold up to a season’s worth of abuse. We asked the folks at RPM2, and they told us that the insoles would hold up to about 2 million strikes–basically an athlete running one marathon per week for a year. That measurment, however, is based on the pounding motion of running, so cyclists should get a pretty decent lifespan out of each insole. Either way, this concept has strong implications for the future of power meters. 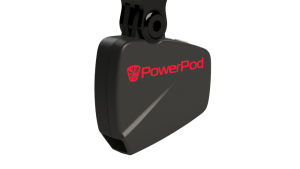 The Power Pod is pretty much science-laden magic. It measures resistence of terrain, wind speed, friction, etc. to give you a power reading. An ANT+ speed/cadence sensor is required to use with the unit, which also helps to provide you with accurate numbers. While it does have some limited capabilities with use on an indoor trainer (yes, it works, but you’ll have to put it into trainer mode via the computer), it’s hard to complain about metric curves at this price point.

Perhaps the best feature of this unit is the compatibility. A GoPro-style mount puts the Power Pod heads up on your handlebars, and switching from bike to bike is as easy as swapping it between mounts. This thing is a serious contender for riders wanting power numbers without all the fancy extras. 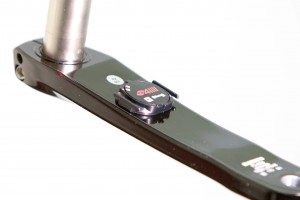 The power meter that wins for most unique name, the 4iiii’s Precision is a left-crank based unit that offers single-sided power measurements. A long list of compatible cranks work with the system, and features waterproof construction as well as both Bluetooth Smart and ANT+ connectivity. The unit itself works with your own crank and adds a marginal amount of weight–the biggest issue being clearance at the chainstay (just make sure you check with the folks at 4iiii’s before ordering). Moving from one bike to the next is not necessarily an easy option, but keeping your own pedals is a perk. At this price, it’s a strong contender for crank-based power. 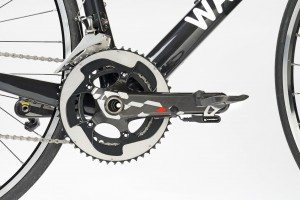 Left/Right measurements make the PowerBeat pretty sweet. Although the installation process is a little lengthy, these sensors attach at your crank arms with the unit looped onto the spindle of your pedals. The cool thing about the PowerBeat is that you can buy multiple sets of the mounts, so that switching between bikes is a simple matter of removing your pedals, unplugging the spindle loop, and plugging it into the crank on your other bike(s).

If the demo we saw at Interbike is anything like the real-world application, the PowerBeat is crazy accurate even on a trainer. The PowerBeat is also compatible with both aluminum and carbon cranks, Bluetooth Smart and ANT+.

So, what do you think? Did we miss any?